SmartX Review – An In-Depth Analysis of the Product This page was last updated July, 2022

Nootropics or “smart drugs” have risen in popularity in recent years, as attested by the many nootropic products now available on the market. Which ones are the safest? The most natural? The most successful? The best bang for your buck? In this article, we’ll be taking a look at SmartX by Cerebral Success, a product that was first featured on Shark Tank in 2014.

In 2011, a young entrepreneur introduced SmartX, a nootropic supplement that claimed to improve cognitive functions such as memory and concentration. This idea came directly from a student who had witnessed countless illegal uses of Adderall, a medication prescribed to treat ADHD that students on campus were taking to maintain focus while studying. Shark Tank is an American series on ABC that features entrepreneurs attempting to make business presentations to a panel of five “sharks” or investors. Based on the quality of each pitch, the sharks decide if and how much they want to invest.

Trevor Hiltbrand, then a recent Harvard University graduate, from Provo, Utah, appeared on Season 5 Episode 26 of Shark Tank in 2014, three years after launching Cerebral Success. He introduced his nootropic supplement SmartX, which is specifically geared toward college students. Only one out of the five sharks believed enough in the product and its ethics to invest.

Barbara Corcoran, whose husband has been on Adderall his whole life and who also has a son who attended a high-pressure ivy league school, decided to invest $75,000 with a contingency of 40% for liability insurance. While each ingredient has studies showing its proven effectiveness, there were no studies of the combined ingredients as a single product when Hiltbrand gave his proposal on Shark Tank, which is one of the reasons the other sharks backed out.

What We Know of the Company – Cerebral Success Trevor Hiltbrand is the founder and CEO of Cerebral Success, based in Provo, Utah. Cerebral Success specializes in brain supplements made specifically for college students. Hiltbrand noticed that many brain-enhancing supplements were geared toward older people to support brain health. He saw more of a need for mental agility, including concentration, memory retention, and mental energy for the younger generations.

During Hiltbrand’s business presentation on Shark Tank, in addition to the pills, he showed the sharks a prototype of a liquid version of SmartX, about the same shape and size as other over-the-counter energy shots. His goal was to sell the energy shots in college bookstores.

After the company’s television debut in 2014, GNC was one of the first businesses to pick up SmartX and begin selling it on their shelves. The product sold well in its first couple of years. Supplement HQ voted it the #1 best brain supplement in 2015. Cerebral Success claims to use only high-quality ingredients in its supplement formula.

Dietary supplements do not require FDA approval, and SmartX is no exception. It does, however, meet all FDA regulations for supplements. This means that while the supplement itself isn’t FDA regulated, the production of it is because it’s made in a cGMP (current Good Manufacturing Practice) compliant plant. There are no unknown ingredients; all of its contents are considered pharmaceutical grade and safe as individual components.

Side effects are always a possibility with any supplements or medications. Generally, supplements aren’t dangerous when taken in moderation. Supplements typically add nutrients or act to lower your risk of other health problems. However, not everyone’s body reacts the same way.

Some users have reported the following effects due to increased blood flow:

Cerebral Success recommends consulting your doctor before taking this supplement. Under no circumstances should you take it if you are pregnant, think you may be pregnant, or are nursing. As with any over-the-counter or prescription medication, always consult your doctor or healthcare professional for their advice, especially if it’s not FDA approved.

How Do You Use SmartX?

SmartX comes in a capsule form that can be taken orally once or twice per day. At about $65 per bottle for 60 pills, this is enough for one month if taken twice daily. While there are more expensive supplements out there, this isn’t exactly cheap, either.

It is not required that you take these daily. It just depends when you think you’ll need a little extra brain power. Whether it’s in the morning to get your day started, after lunch to prevent an accidental nap, or in the evening to finish a project, SmartX is adaptable to everyone’s schedule.

Never take more than four pills per day or 16 in a week. Overdosing, even on what seems like a fantastic product, is never good for your body. Too much of anything is never good. It’s best to start with one pill a day while working up to two per day. To avoid building up a resistance to it, skipping a couple of days before the next dose will keep the effects more potent and help you be more productive. Cerebral Success doesn’t have the best reputation since it debuted on Shark Tank in 2014. Four out of the five “sharks” or investors hounded CEO Trevor Hiltbrand, demanding more scientific evidence to back up his claims.

One shark risked her savings to give Cerebral Success the benefit of the doubt. Its sales soared in the first year but have declined due to recent, less expensive, and more credible nootropic supplements.

SmartX used to be available for purchase through Amazon and other online retailers but is now only available through the Cerebral Success website. That alone should be cause for some suspicion. After all, Hiltbrand was trying to market these products to college students, who are one of Amazon’s biggest demographics, which would make it the perfect marketplace for such a product. Whatever the reason, it’s best to do your due diligence in researching any supplement before introducing it to your routine.

With that being said, we would NOT recommend SmartX!

Where can I buy SmartX?

We have combed the internet and currently its very hard to find SmartX anywhere. In the past you were able to purchase SmartX on their company website – cerebralsuccess.com.

However, it looks like their site is no longer working. You may have to checkout ebay or other ecommerce stores. Honestly though, this is probably a good thing. Based on our review there are much better nootropics than SmartX. Instead we recommend you try the nootropic supplement we rated #1. Its on sale until 1st July 2022. Greg Don is the main author of Zimmez. He’s also an avid health and fitness enthusiast. He enjoys spending time outdoors fishing, hiking,, and playing tennis. You can find more about him here.

To checkout reviews we’ve done on other nootropics, please checkout our homepage. 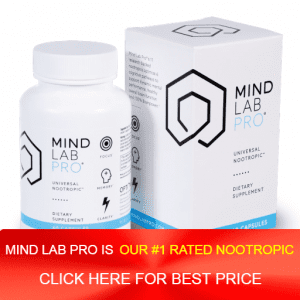